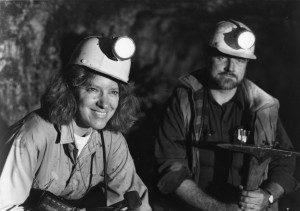 As a composer, one never knows what path will open up in front of one! When the extraordinary and intrepid pianist Mary Kathleen Ernst approached me about participating in a large-scale residency project in 1990, I had no idea that I was in for the journey of a lifetime! She applied to the Lila Acheson Wallace – Readers Digest Arts Partners Program, to sponsor a two-year project, called called Coal: A Blueprint for Understanding Twentieth Century Music. And, it came to be! The project consisted of a partnership with the community that resulted in four week-long residencies at Shepherd College in Shepherdstown, WV, with each devoted to a different aspect of my music. Each also involved multiple community outreach projects, including lectures, discussions and interactive musical explorations. The project ultimately culminated in the commissioning of COAL I wanted to create a major piece that spoke directly to the people of the region, and decided on a composition about the culture and lore of coal mining in West Virginia. I created my own libretto and scored it for Appalachian players, chorus, electronics made from sounds I harvested in a coal mine, and keyboard. I did use a few a few texts and tunes written by others, weaving them into my own composition, and of course crediting their sources where known.

My research included many components: extensive travel around West Virginia to talk with miners and mine owners; research in the archives at the West Virginia Regional History Collection at West Virginia University Library and the Kraft Memorial Archive in Bluefield; a stay at the wonderful Augusta Heritage Center in Elkins where I studied Appalachian singing with Ginny Hawker and Tracy Schwarz; a trip to the National Mine Health and Safety Academy in Beckley; a visit to the Beckley Exhibition Mine; and a trip to Eagle Nest coal mine to record sounds and experience underground operations such as longwall mining, continuous mining and roofbolting.

[bra_blockquote align=’right’]Judith Shatin’s Coal blends folk and oratorio so skillfully that it not only makes sense, but can be transposed to other places as a prototype, tying regional industry to art. –Chorus! Volume 7, #5[/bra_blockquote]

COAL focuses primarily on the period from the late 19th to the mid-20th centruy, though later developments come into play as well. Lyrics included from extent sources included the first verse and tune from That Little Lump of Coal by JN York and the lyrics of We Done Quit by Sam Johnson, both collected in George Korson’s wonderful book Coal Dust on the Fiddle, published by the University of Pennsylvania Press, and long out of print. I also set My Head and Stay, a primitive Baptist Hymn, with my own music and rewrote the lyrics of the labor anthem Solidarity to reflect the history of coal miners in West Virginia. Appropriately, the original words were penned by Ronnie Chapin in Paint Creek during a period of mining strife in 1913. 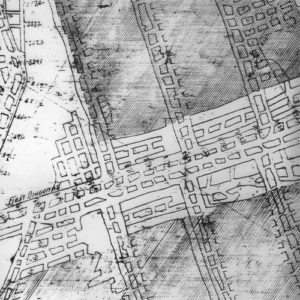 The history of coal mining in West Virginia is complicated, difficult and rich. Many sources inspired me. I wish to mention in particular my talks with Cynthia Ray, Gerome L. Workman and Mike Workman, all of whom had fascinating perspectives from their work as miners and subsequent training in other fields. They answered many questions, shared their own histories, and facilitated much of my research. J. Davitt McAteer, an expert on mining safety, author of the Miner’s Manual, A Complete Guide to Job Health and Safety, then director of the Occupational and Labor Law Center in Shepherdstown and later Assistant Secretary for Mining Safety and Health, graciously met with me, shared his library and directed me to numerous additional sources. Donnie Roberts, longwall co-ordinator at Eagle Nest mine, gave me a thorough tour of the operation. Christine Jones, producer and director of Making Coal, (a documentary about my creative process in this work) was an enormous help in tracking down information and planning trips as well as a delightful companion on travels in Logan and Boone counties. Her assistants Gregg Rose and Russ Webster from Station WSWP in Beckley also must be mentioned for their pluck and good humor, and help.

A partial list of books that contributed to my understanding of the history and culture of coal mining includes Stan Cohen’s King Coal, David Alan Corbin’s Life, Work, and Rebellion in the Coal Fields, Harry Caudill’s Night Comes to the Cumberlands, Lacy Dillon’s They Died in the Darkness, Ronald D. Eller’s Miners, Millhands, and Mountaineers, Kai Erikson’s Everything in its Path, Denise Giardina’s Unquiet Earth and Storming Heaven, Archie Green’s Only a Miner, George Korson’s Coal Dust on the Fiddle, Ronald L. Lewis’ Black Coal Miners in America, Ronald Lewis and John Hennen Jr.s’ West Virginia: Documents in the History of a Rural-Industrial State; Lon Savage’s Thunder in the Mountains, and many more. In addition, I read various journals, such as Golden Seal, many articles, including speeches of John L. Lewis, and viewed a number of films, including Dorothy McGee’s We Dig Coal. Though a complete bibliography is too long to include here, this list offers a taste of the topic’s breadth.

[bra_blockquote align=’right’]One of the strengths of this piece is it’s range, from explanatory to descriptive to dramatic, from traditional to contemporary. –ILWC (International League of Women Composers) Journal[/bra_blockquote]

Many people have asked me what kind of piece COAL  is … an opera? a musical? a symphony? It is none of these! It is perhaps closest to an oratorio. It is similar in its large narrative scope (though oratorios have biblical themes), in its separate numbers for different instrumental combinations, and in its concert presentation. But to define it in relation to a previous genre is to miss its unique aspect: the interweaving of music of different traditions, including Old Time Appalachian musicians, with their spontaneous and sophisticated music-making and classically trained musicians, with their highly developed ability to realize and interpret notated scores. In addition, there is the use of new technologies which enable the composer to invent and transform sounds in ways unavailable until recently. This piece is the first to use the computer music language HACK (Hierarhical Audio Construction Kit) by Pete Yadlowsky, then a a Systems Engineer at the University of Virginia, and part-time technical director of the Virginia Center for Computer Music.

Creating COAL became not only an adventure in making connections between people’s lives and art, but also a way of intertwining different musical traditions. Conductor Jay Stenger and the Masterworks Chorale of Shepherdstown, as well as the fantastic traditional musicians involved in the premiere responded to this challenge with aplomb. Coal was premiered on 1992 at Shepherdstown, WV, with the proceeds going to the Black Lung Association, an organization still in need of support at this time. Perhaps one of the greatest compliments I have ever received was from a miner who told me after that premiere that my piece had given her work dignity.